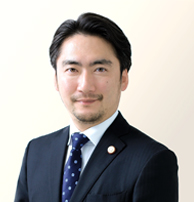 Practice of Community Trademark and Community Design (Japan Institute of Invention and Innovation, 2010)

“‘Legitimate Use of Trademarks’ in the CTM Opposition and Revocation Procedures” (Intellectual Property Management, July 2013, Vol. 63, No. 7)

“The Significance of Article 104-3 of the Patent Law under the Trademarks Law” (Separate; Volume 2 of the 2010 issue of Patent)

“‘Trademarks Deemed as Identical from a Common Sense Perspective’ in a Trial for the Cancellation of a Registered Trademark Not in Use” (coauthored; March 2009 issue of Patent)

“Design Similarities: Implementation of Article 24-2 of the Design Law and Subsequent Developments” (Bulletin No. 22 of the Association for Kansai Patent Information Center (68th volume of the set))

Design seminar lecturer for the JPAA Kinki Branch Office, 2014 and 2015

Lecture entitled “The Geneva Act of the Hague Agreement,” held by the JPAA Kinki Branch Office, 2015

Forum entitled “The Significance of Article 104-3 of the Patent Law in the Trademarks Law,” held by the JPAA’s Central Research Institute of Intellectual Property, 2009

Japan Patent Office (JPO):
Panelist in charge of a presentation from the Brazilian patent office entitled “A Dialogue with Emerging Countries” at the JPO’s symposium on emerging countries, 2010

Lecturer and coordinator for the seminar on the strategic use of design and design rights in Kobe and Osaka entitled “Strategic Use of Design Rights in a Comprehensive Intellectual Property Strategy,” 2011

Bureaus of Economy, Trade and Industry:
Seminar for female entrepreneurs entitled “Best Reinforcement Practices for Your Business: Brand, Naming, and Design,” held in the Kinki district, 2015

Seminar entitled “Practice of Legal Protection and Contract Handling with Respect to Characters,” held in the Kinki district, 2014

Overseas development guidance seminar entitled “The Design and Trademark System in the EU,” held in the Kinki district, 2014

Other:
“The Latest Strategic Application Filing Approach for Design and Brand Protection” by the Japan Intellectual Property Arbitration Center, 2015

“The Frontier of Design Protection” by the Japan Industrial Designers’ Association, 2015

Lecture by the Kobe City’s Design School entitled “Use of Intellectual Property Rights in the Design Field,” 2012 and 2014

“The Madrid Protocol and Watching,” by Thomson, 2012

“Development of Similarity of Marks in Japan,” held by AIPLA, Washington D.C., USA, 2009

In addition to the above, Hiroki Matsui has given many seminars as a guest lecturer at various companies on topics such as corporate brand and design strategies. 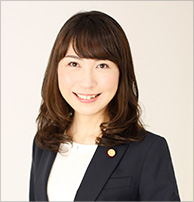 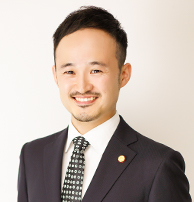